For the fourth time in the cinema era, the United States hosted the Olympics, but failed to produce an official film. Instead, the Lake Placid Organizing Committee met the IOC contractual requirement of an official film by submitting video tapes of ABC-TV’s coverage of the Games. So, in lieu of an actual official film, what we have is Olympic Spirit, a 25-minute short funded by Coca-Cola. There is no narration, and athletes are not identified by name. Olympic history aficionados will recognize gold medal winners Eric Heiden, Leonhard Stock, Ingemar Stenmark and Robin Cousins, as well as U.S. figure skater Linda Fratianne. There are the usual athlete point-of-view shots demonstrating bobsleigh, luge, ski jump and downhill, as well as falls in ski jump and Alpine skiing.

Yes, there is a shot of a Coca-Cola vending machine. When the end credits conclude with a frame of the Coca-Cola logo, the soundtrack is a singer wailing, “Please don’t change.” 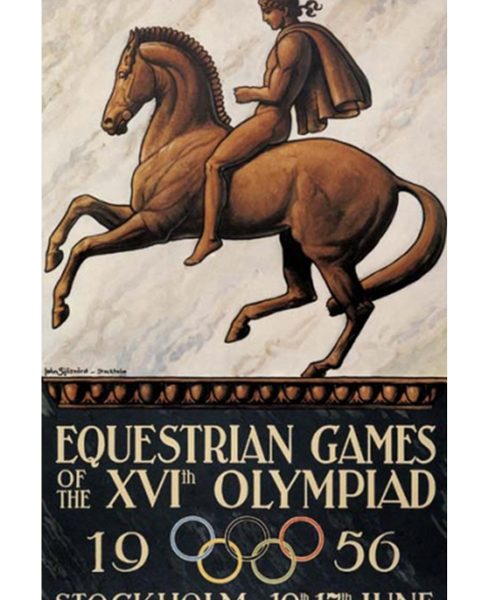 The Horse in Focus

The Glory of Sport